Blog › What happens during a video shoot? 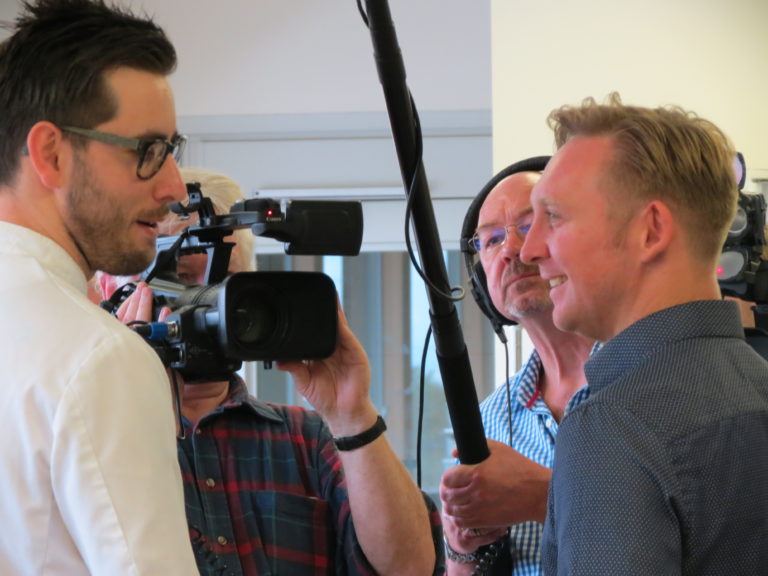 If your business has never experienced a video shoot before, you may have questions about what actually happens during a video shoot.

For some businesses, they can be somewhat hesitant about outsourcing to a videographer to film a video for them, as they do not know what happens during a video shoot. They may think that the shoot day will require them to stop work but typically this is not the case when we work with our clients.

We will always work around the client, to ensure minimal disruption and we discuss all the requirements beforehand so they know what they are required to do, if anything at all.

Depending on the type of video you are having filmed, the shoot day may vary slightly, but typically here is step-by-step breakdown of what we do on a typical shoot day on location with a client to give you an idea.

There is a lot of preparation that goes into a video shoot. Before we even discuss arranging filming with a client, we work closely with them on the idea of the video, creating a storyboard or shot list based on what they want included in their video. Once we have the concept for the video nailed down, we will then arrange a filming day based on the client’s preferred dates and availability. We then begin our other video shoot preparations.

Other preparation that takes place before the actual shooting day is that we like to visit the location before filming, to find out if any special equipment is required for the shoot, such as a drone or special lens for the camera.

We also like to review what the sound is like at the location. Is it too noisy or echoey? Are there builders with jackhammers working nearby? If it’s a factory is there a quiet room for an interview?

The location recce helps us to sort out any issues before they arise so that the shoot will run as smoothly as possible.

On the day of the shoot

On the day of the shoot, we like to arrive around an hour/half an hour before we are due to film, so we can unload all the equipment, set up the camera, sound and lighting, depending on what we are filming.

After setup is complete, we will run through the filming schedule with the client and confirm the specifics of the video including where they want us to film and more on what content they want us to film, based on the storyboard or shot list we created with them.

We then move onto testing the equipment, looking at the light and carrying out a manual white balance. This is the process of removing unrealistic colour casts, so that objects that appear white in person are rendered white in the video. Proper camera white balance takes into account the “colour temperature” of a light source, which refers to the relative warmth or coolness of white light.

Inside tends to be more yellow because of tungsten lighting, exteriors tend to be bluer so a lot of the time if filming interiors you will be dealing with a mixture of artificial light and daylight, hence the need for a manual white balance.

We will also check the exposure, making sure it is correct – we find it is much better to underexpose than overexpose an image as you can always enhance an underexposed image. The final stages of testing include ensuring we have the right shutter speed and that the subject is in focus.

Then it is simply lights, camera, ACTION!

The length of time that we are on location will depend on what we are filming, it could be anything from an hour, to a few hours or a number of days.

We have recently spent four days filming a training video with Forest Garden but a week before we spent an evening filming testimonials for a book review. If it is a time-lapse video, we will start recording and then return once the desired footage has been captured.

When we are interviewing people in our videos, such as in a customer testimonial video, we always like to put our interviewee at ease so that we can get the best performance possible. We understand that it can be daunting being in front of the camera, so we will do our very best to make the interviewee feel comfortable.